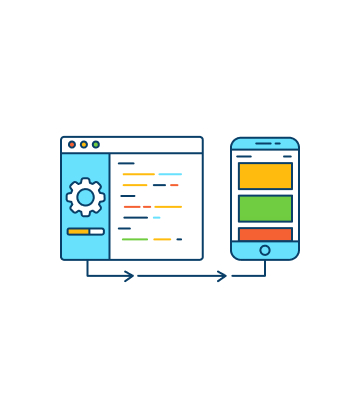 A guide to smoke testing

Smoke testing is a software development process where a sufficient amount of code is written for a product to function enough to test the basic functionality of the product. It is a type of rudimentary software testing and, when used for API testing, a variety of black-box testing. This post is about smoke testing. What is it? Why do we need it? How to do it? You’ll find the answers here.

Looking for an API monitoring tool?

Sign up today and get 10K API monitoring credits!

What is smoke testing?

Smoke Testing is a software quality assurance technique for the early detection of defects. A smoke test is intended to detect significant problems with a new or modified software release. It is done when the product is in a form that can show a functionality or behavior and not find bugs. Smoke testing is also known as sanity test, build verification test (BVT), or build verification (BV).

Smoke tests are typically automated and can be used to verify that the application is ready for further testing.

A quick search on the internet brings multiple stories about the origin of smoke testing. We shall share two of them with you!

The term smoke test comes from the practice of electronic hardware testing by checking for any sign of smoke before the device is soldered into place or further testing is commenced.

In the 1950s, the term “smoke testing " was used by aircraft manufacturers to ensure that their planes were in good working condition before they took flight. Essentially, it was a way for the manufacturers to smoke out any faults on the aircraft (haha).


What is the goal of smoke testing?

The goal of smoke testing is to determine if the software has any major faults or defects that need to be corrected. Smoke testing is conducted on an application after it has been coded, tested, and debugged.


When should smoke testing be done?

Smoke testing makes sense when a sufficient amount of code is written for a product to function enough to test the basic functionality.

Continuous integration (CI) is a software development process in which new code changes are continuously delivered and immediately build, tested, and deployed into a live environment, usually with little or no human intervention. Smoke tests are generally one of the first tests executed by your CI pipeline as part of a build and deploy process. They should not replace your unit or functional tests, but they should help detect your codebase problems.

Smoke testing is a specific type of integration test that checks to see if a build is broken.

How to do smoke testing (step by step)

Ideally, smoke testing should be one step within a CI pipeline. Moreover, we highly recommend leveraging functional tests for some of the most critical aspects of your software in a test suite for smoke testing.

As we mentioned earlier, smoke tests are meant to be executed many times, and during each build, it’s essential to pick the functional tests that run fast enough. The below diagram shows a standard software development workflow with smoke testing included in it: 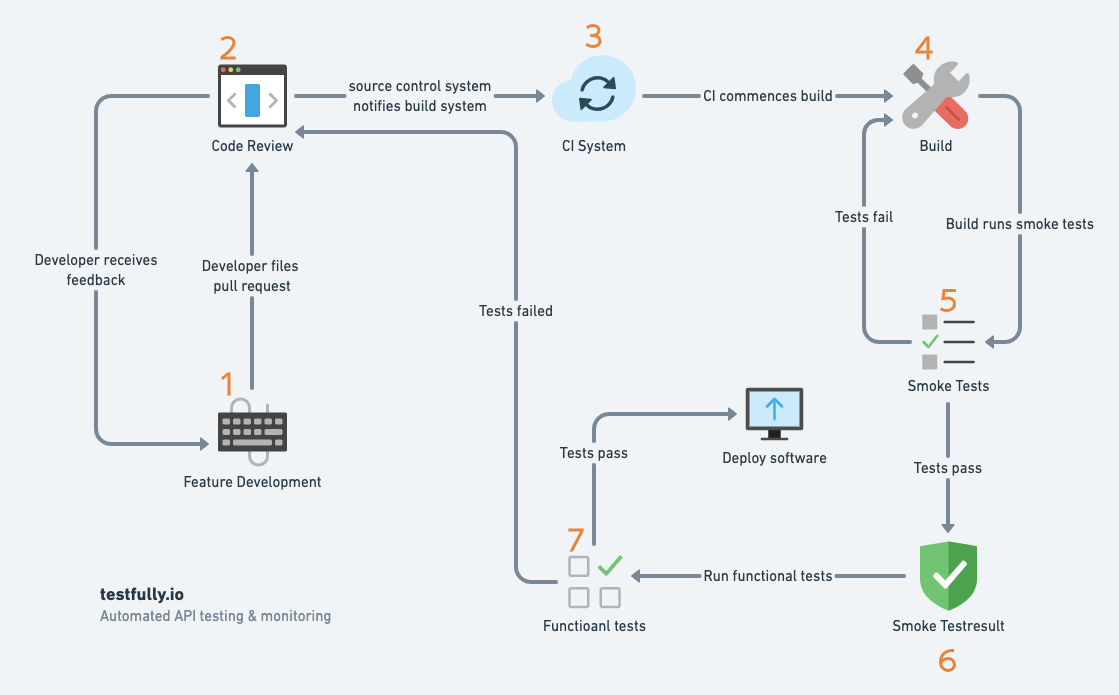 Login is one of the most critical aspects of any application, and most APIs offer some endpoint for token generation. Considering how vital the login feature is for an online business, A functional test for login validation makes it a good candidate for a smoke test. The diagram below shows a two-step smoke test for login verification.