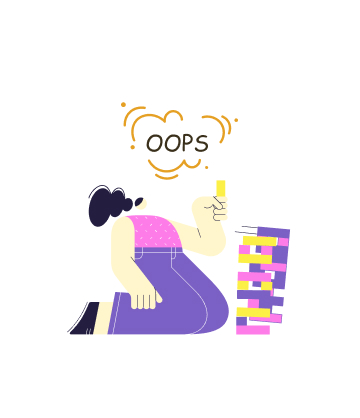 Eleanor Roosevelt, the former First Lady of the United States, once said: Learn from the mistakes of others. You can’t live long enough to make them all yourself. She is right; learning from other people’s mistakes is much cheaper than learning from your own mistakes! This article is an attempt to bring your attention to some of the most common API testing mistakes we have seen, so you won’t make those mistakes while doing API testing so without further ado, let’s get started!

Request headers, body, and query strings are the input for your API, the data your API endpoint uses to do the job. On the other hand, response headers and body are the output of the work. Capturing request & response details helps you to replicate the problem. Moreover, this information helps you to start the debugging process.

Next time a test fails, you can quickly look at the captured request and response information to commence the investigation process.


History of past test runs

By nature, tests fail. When a test fails, we often ask two questions:

Nothing is worst than waiting hours for the test results! You and your team want feedback from the tests, and you want it fast! Your API is fast and responds in milliseconds; why does it take hours to get the test results? Here are some of the main reasons why your tests are slow:


Not running tests as part of CI/CD pipelines

Catching bugs and verifying the correctness of API are two main reasons we exercise automated API testing. That said, we often see that teams do not include API integration tests in their Continuous Integration (CI) or Continuous Deployment (CD) pipelines or include them as an optional step. Including your CI/CD pipeline tests helps you catch bugs early and before they arrive at production. While building your tests, consider the following items:

A test that depends on something to pass is not considered a good test. Experience has shown us that these tests tend to fail frequently and introduce maintenance overhead. A test can depend on many things; let’s go through some of the most common ones:


Focusing on quantity over quality

If you want to measure something, focus on your team’s confidence in new releases. How much confidence does your current test strategy give to your team for the next big release?

Reusable tests help you to test more without spending more time on your tests. Reusable tests allow you to test APIs in different environments and test APIs using other inputs. Moreover, it prevents test duplication and reduces the maintenance overhead. To help you define reusable test cases, we have put together a set of best practices for you to consider:

A good test cleans up after itself meaning that it deletes the records it adds to the system after the test execution. As we mentioned earlier, your test may need some records in DB, which the test itself should prepare them. Moreover, when the test is done, it should also delete the records to prevent the new data from causing issues for other test cases.